IHRSJO is a movement of people who are independent of any type of political ideology, religion or economic interest and who take injustice personally. The organization follows the principles of all people being entitled freedom to self-determination, freedom from tyranny, the right to speak freely, focuses on psychological and physical effects of sexual violence and torture, to raise awareness and campaign against bonded labour, descent-based slavery, forced labour, forced marriage, the worst forms of child labour, the exploitation of migrant workers in conditions amounting to slavery and human trafficking. In addition, the organization believes that all people have the right to be free from arbitrary detainment and exile.The core activities of IHRSJO are research, advocacy and lobbying and campaigns and action. The organization employs experts who do accurate and facts-based research into human rights violations by governments and other actors. This analysis is, then, used to influence and press governments and decision-makers to undertake the necessary steps to stop or prevent human rights violations. The organization also employs the methods of campaigns and advocacy through petitions, letters and protests to call for action. The movement campaigns in which human rights are enjoyed by all. 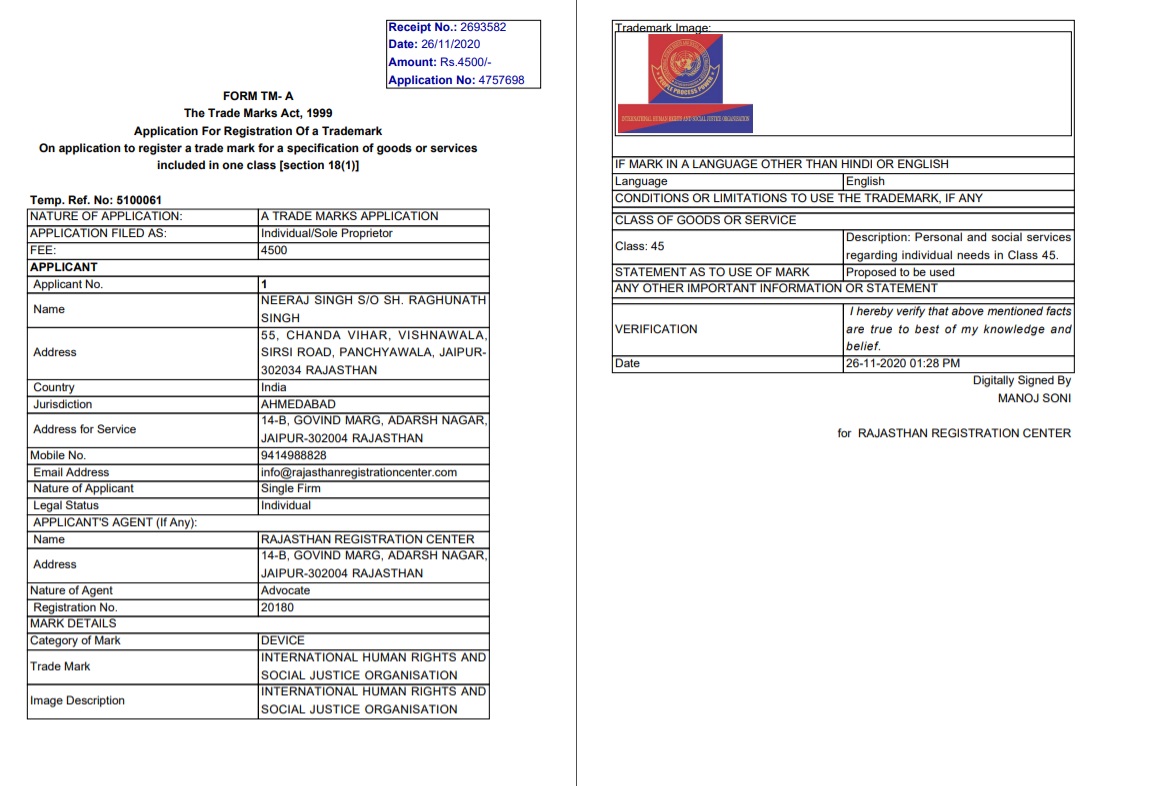